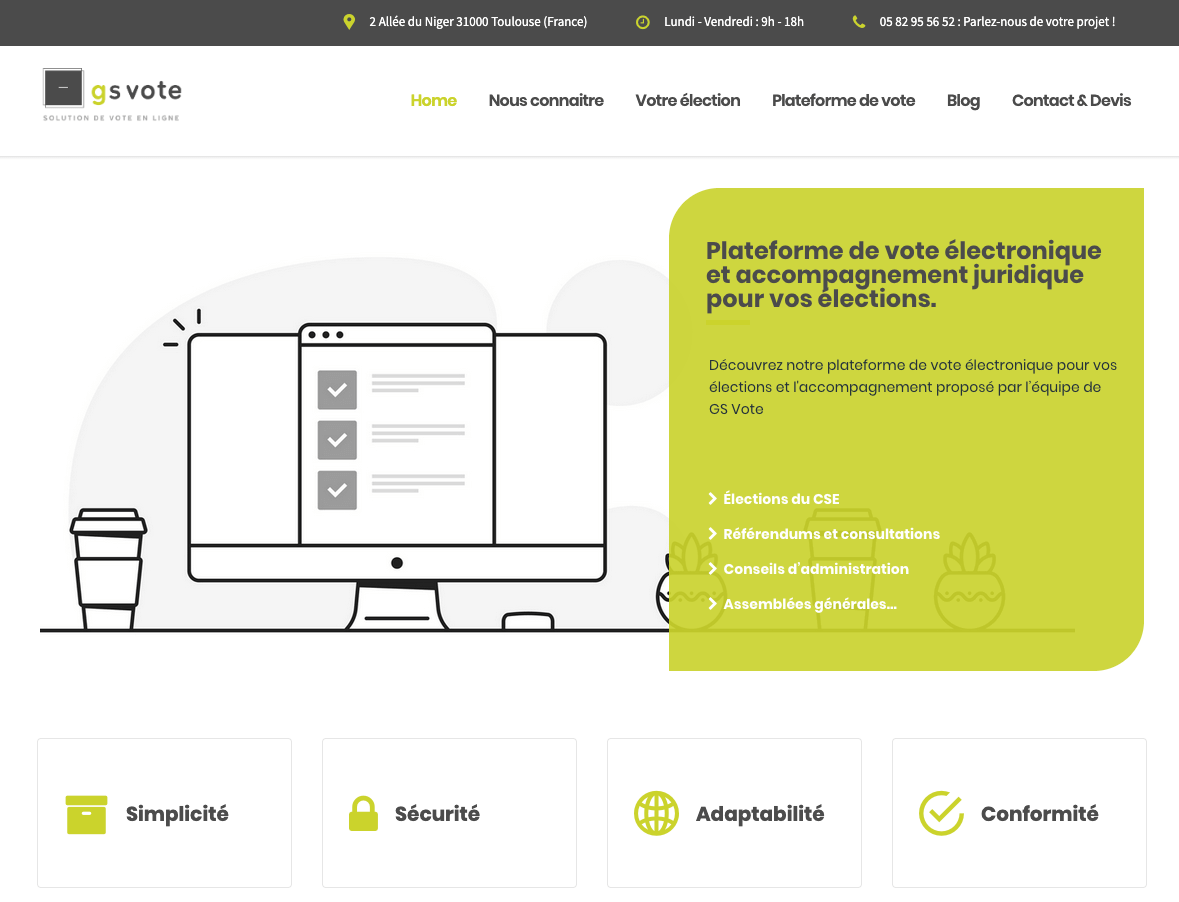 GS Vote is a French electronic voting platform for different types of french professional elections, which makes them extremely easy to organize and maintain.

Thanks to the platform, making your own election becomes:
- Extremely simple
- Highly secure
- Easily adaptable and customizable
- User-friendly

GS Vote also provides full support during your election, like:
- a dedicated project manager that is specialized in election law
- support team to help you prepare all the legal documentation needed
- management of all the voting logistics
In only 3 months, GS Vote got the funding needed to cover their needs for one year ahead. Pagepro joined the second version of the project, and that could be fully covered by the funding that came from the first version sales.
From the small project, it grew up to be one of the user-friendly election platforms in France.

THE CHALLENGE
The clock was ticking, and the first version of GS Vote was developed very quickly and mostly on the backend side.
David - a trusted Tech Lead from I Will Code It, chosen for by GS Vote - decided to search for a highly specialized team to fully hand over the front-end execution.
David has a huge experience of working with different freelancers, and he is also very details sensitive (what we love best).
Back then, he was responsible for audit, verification and the final approval of our work:
“I was impressed by the code quality, previous projects experience and they were easy to communicate with, it totally convinced me.”
And his choice was very clear and obvious this time.
The final version needed quite a few general improvements, bug fixes, and code fine-tuning.
On the side of that, an additional important task was to rebuild the entire election management system to improve its performance and make it more user-friendly.
The initial dev team of GSV consists of a few full-stack developers, that mainly focused on a backend development (Meteor + GQL).
After a short introduction, Tomasz and Rafał joined the project as dedicated front-end developers and were ready to deliver their best.
More than that, Jakub and Julita were also added to the team, whenever there was a need for additional help based on client request.

SOLUTION
What GS Vote like the most, is the ability to quickly scale up and down their dev team, without a need for another introduction!
They didn’t have to hire and overprice for the local developers and were able to add additional resources on-demand and release them if the job was done.
As developers, we talk about the project we do internally anyway, so it’s like they didn’t only hire two developers.
They hired the whole team, that could be expanded easily at any time.
So Simple.
Together with David and his Meteor developers, we had to work on several applications with a shared codebase as the project was relying on isolated docker instances with splitted BI concerns.
Admin app
Enables you to add new companies, their branches, and projects to be voted on. In each of the projects you can choose the branches in which the vote will take place, and we can fully configure and customize the election process - starting from the election of voters through their authentication during voting, up to the lists and previewing the election progress.
BDV Panel (Bureau de vote)
Is a 'polling station' panel. In here the 'president' (selected during the creation of the project by the admin) is responsible for the preparation and running the election - he has to check if all the data are correct and go through many other steps. He also has continuous insight into the voting process (like results of given candidates, logs - dates regarding the start of the first round/counting / etc.).
Printer panel
Is the place where you can print new voting cards.
All the improvements and role diversification enabled the platform to offer absolute safety and assure that each and every project has a specific person responsible for his own area of interest, with no unexpected or unauthorized guests.
As a result, GS Vote app is the one single place you can easily run the election, from the bottom to the top, yourself. 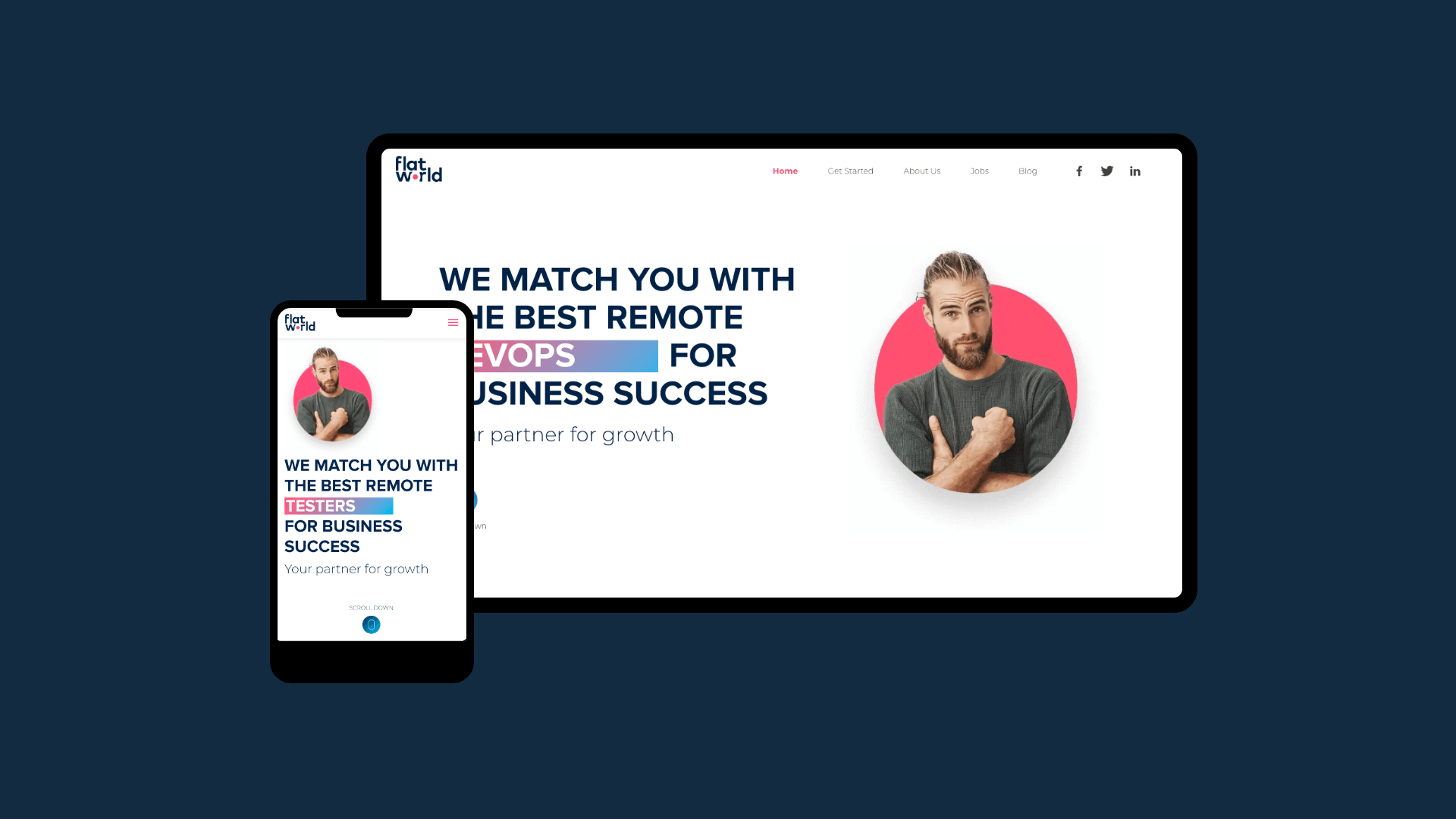 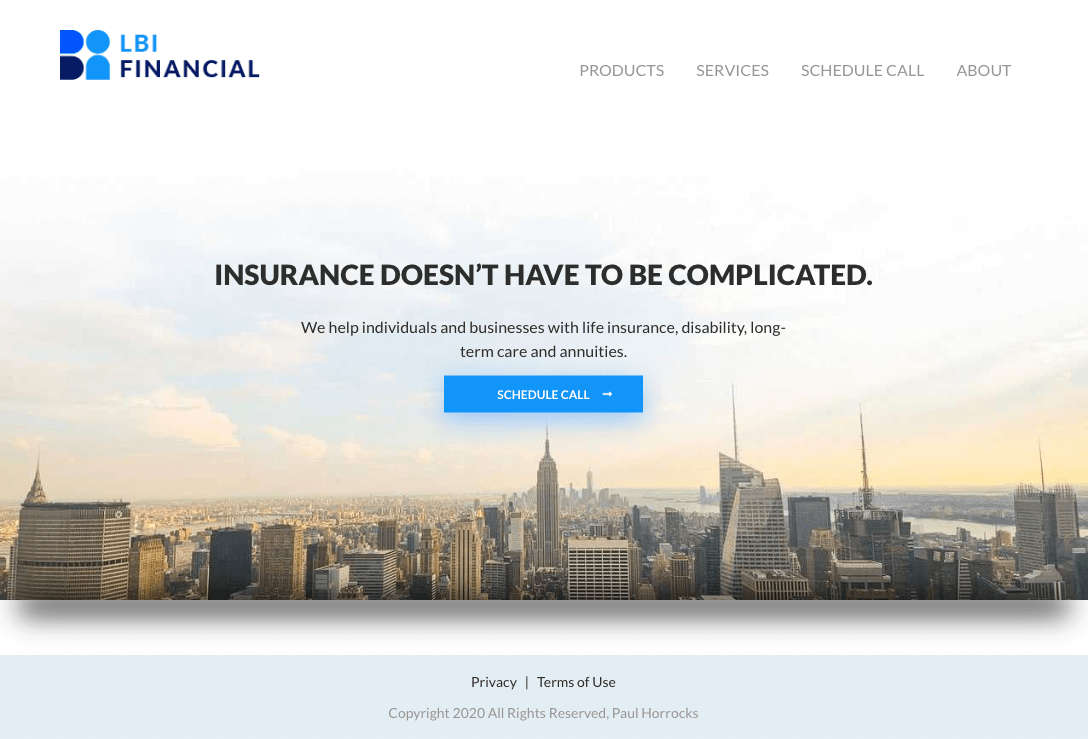 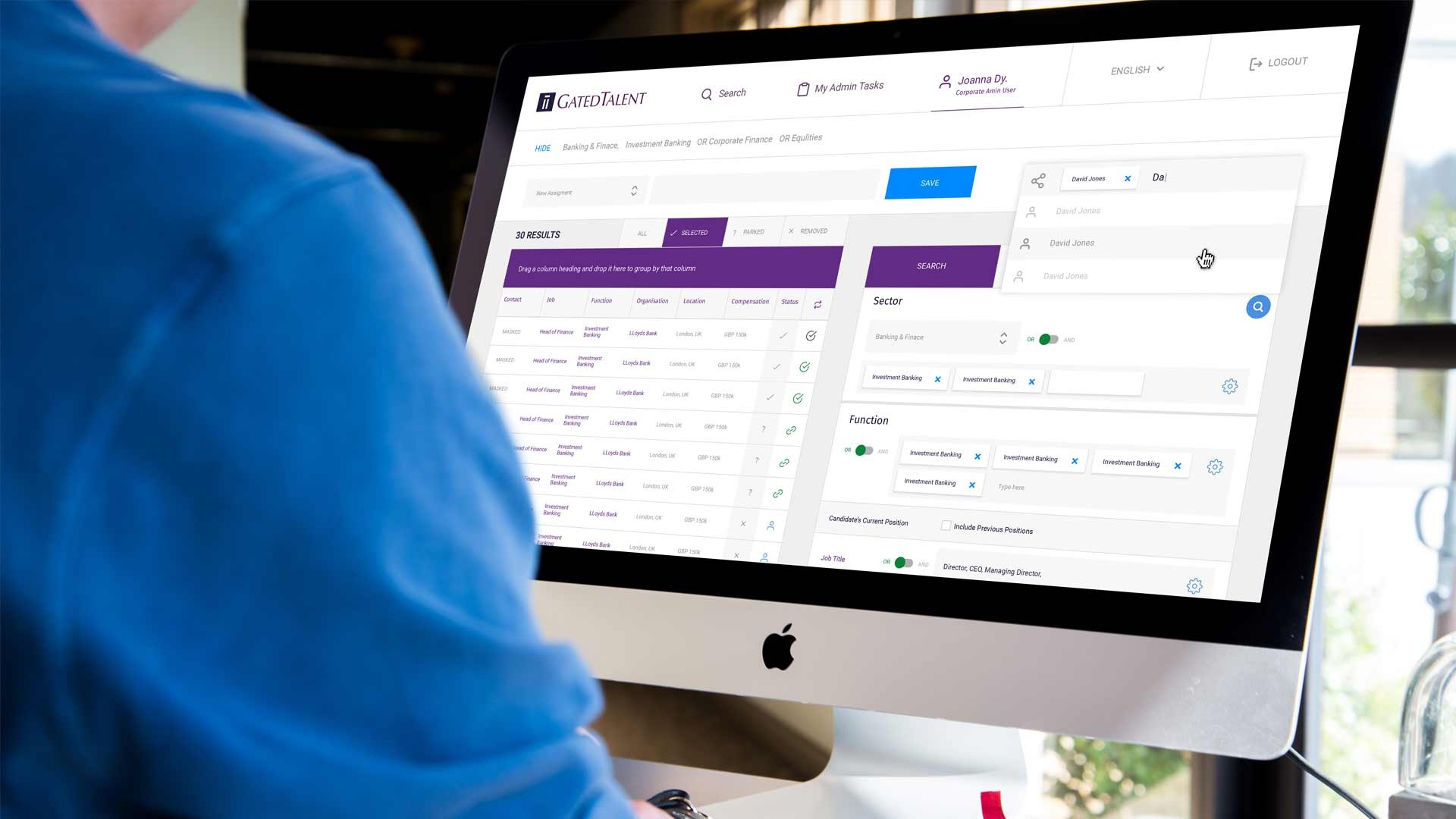 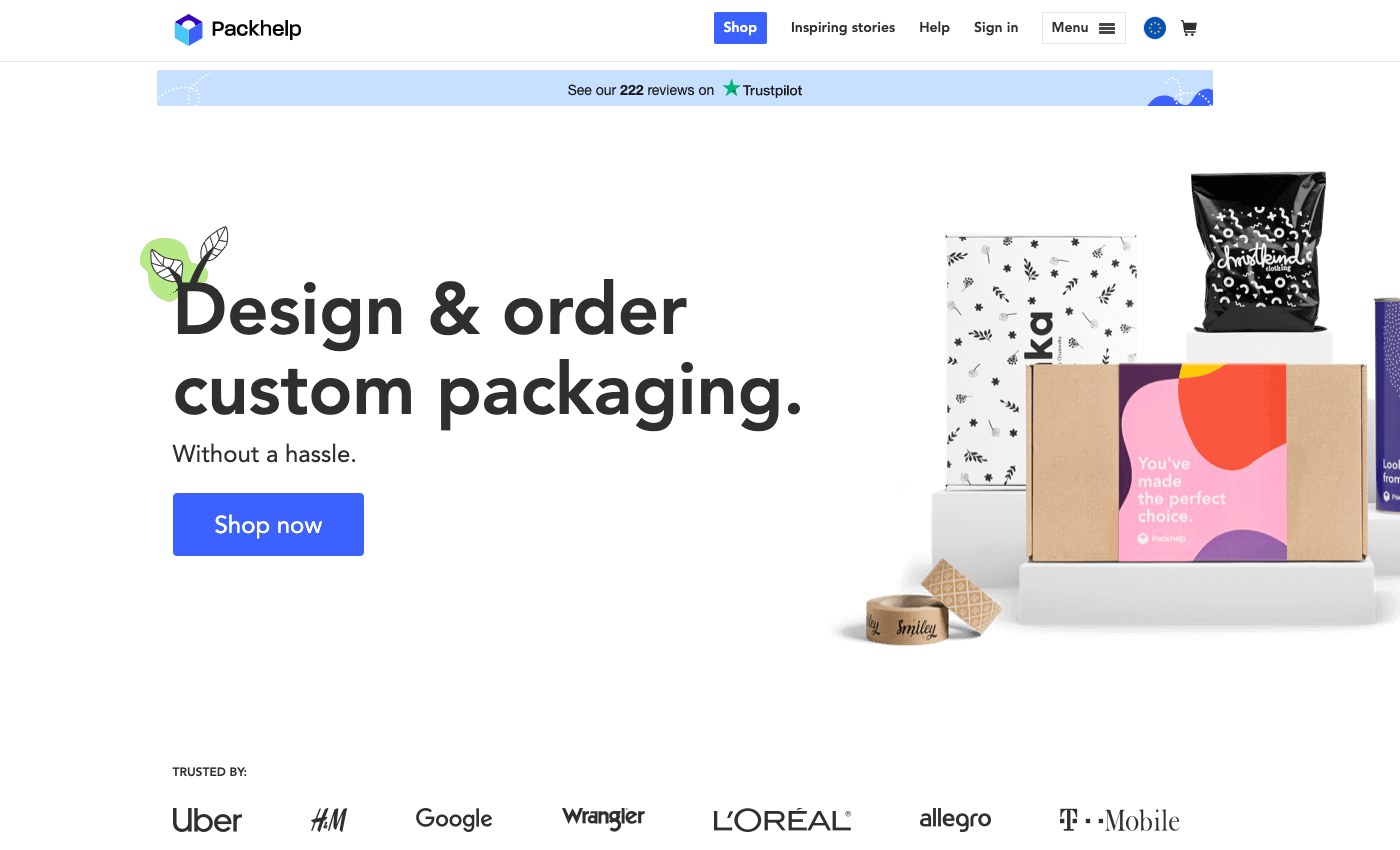 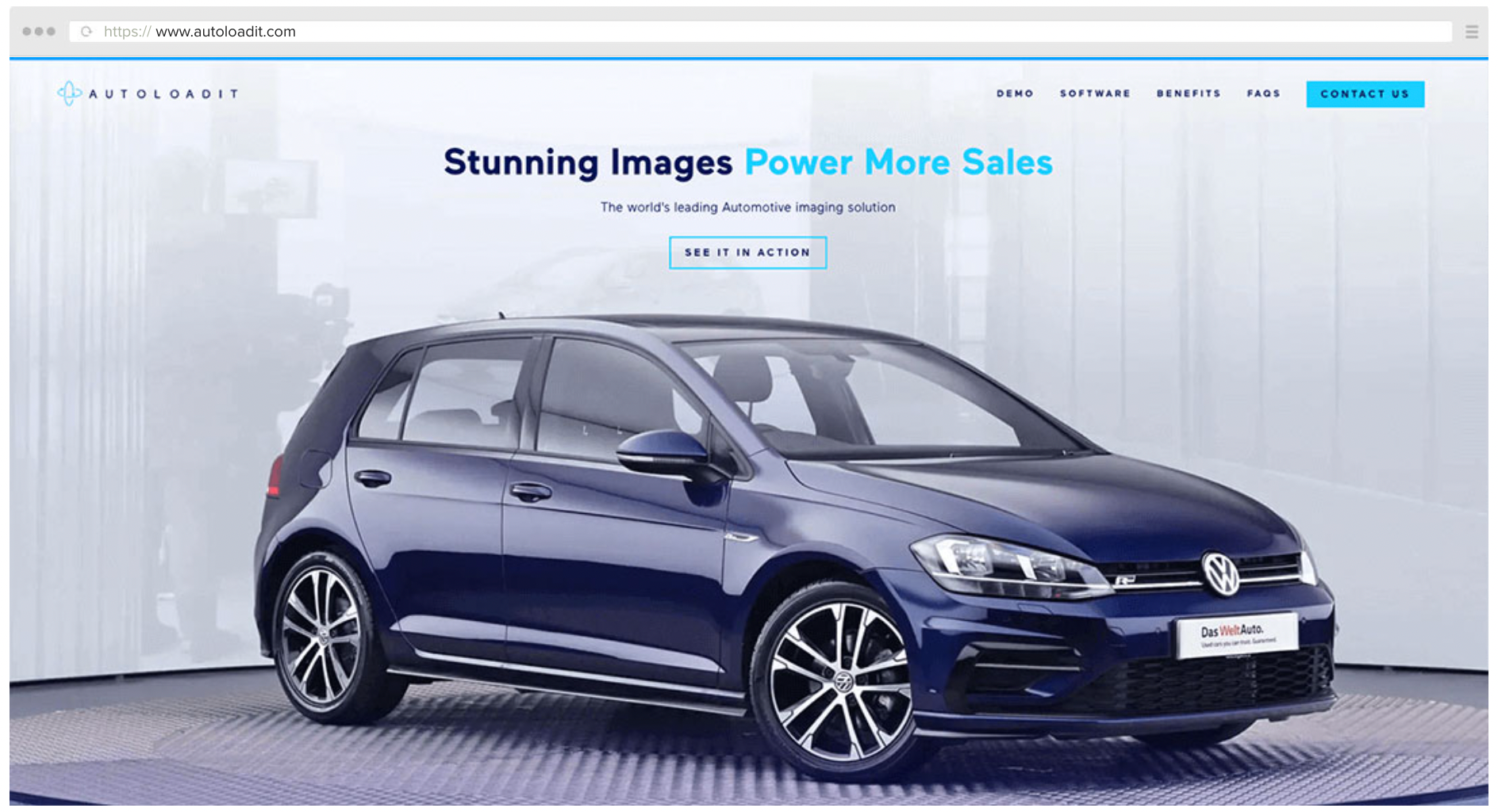 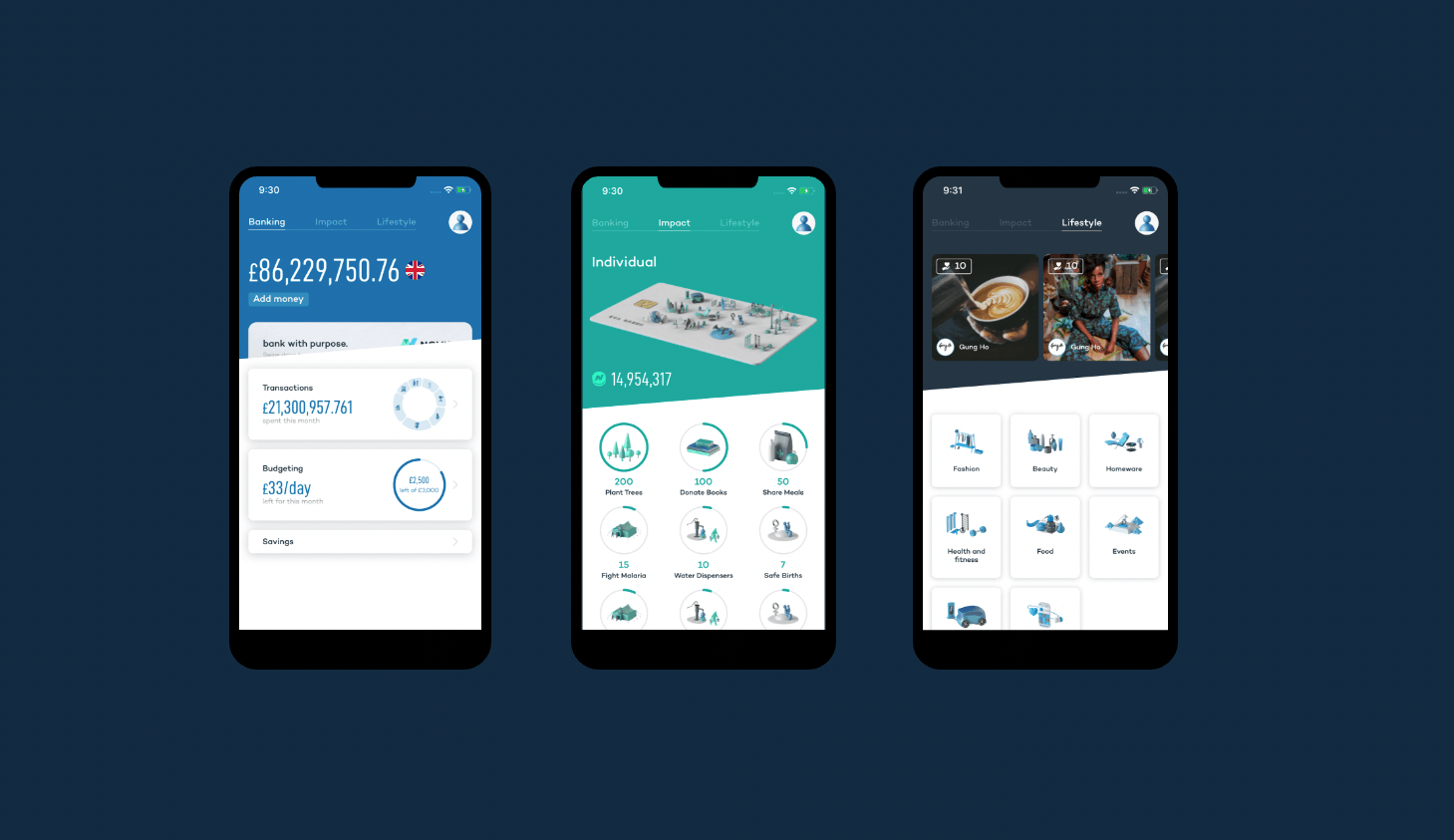 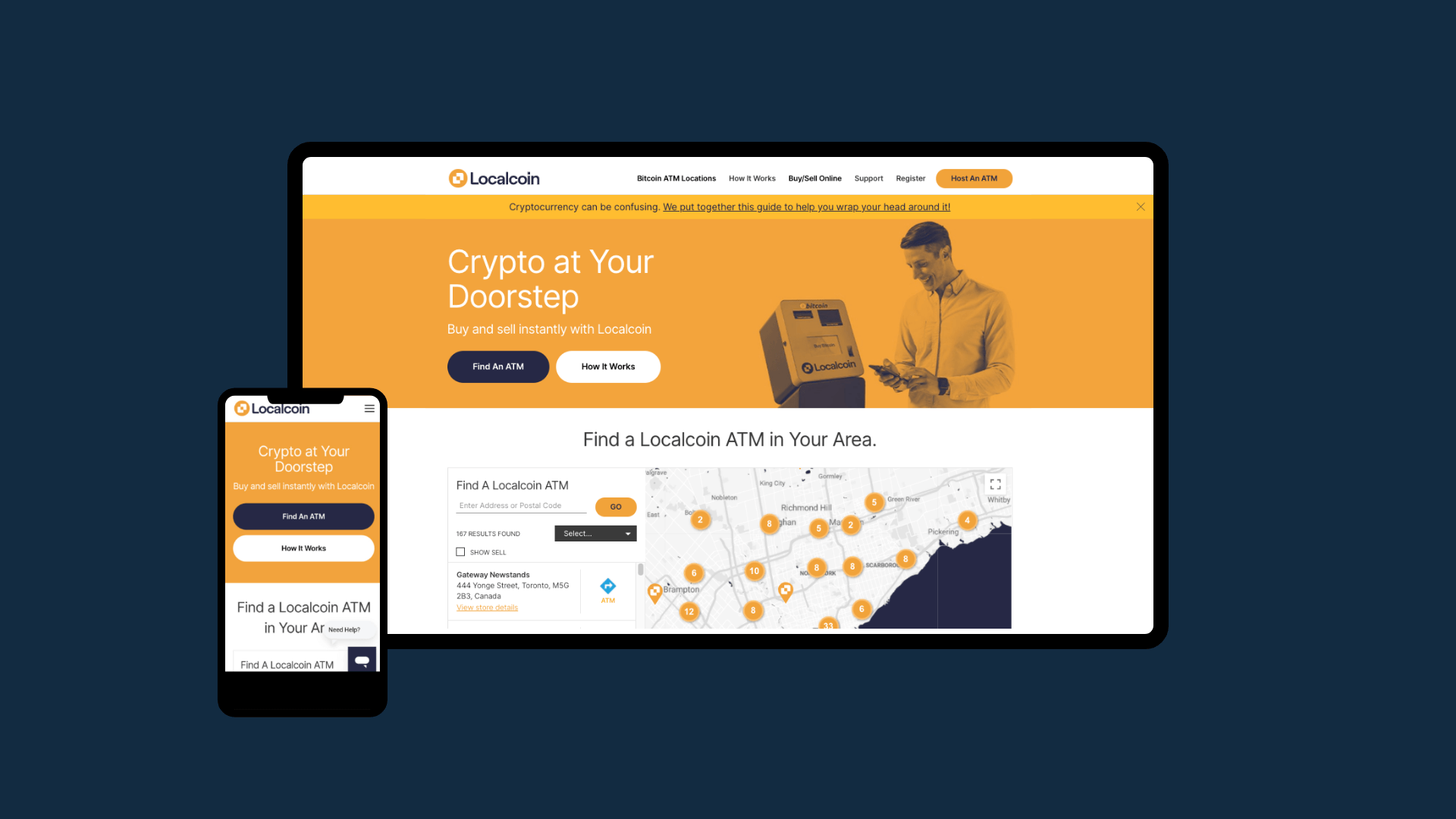 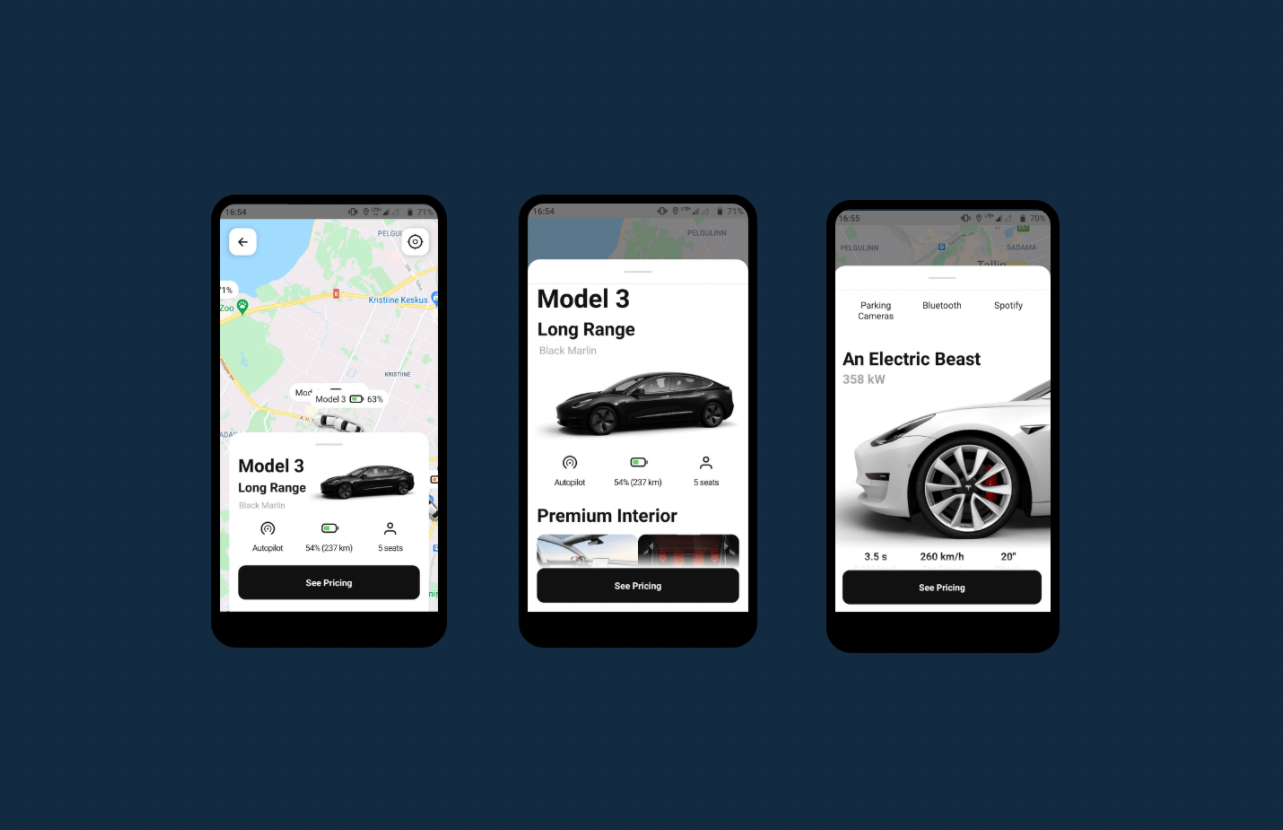 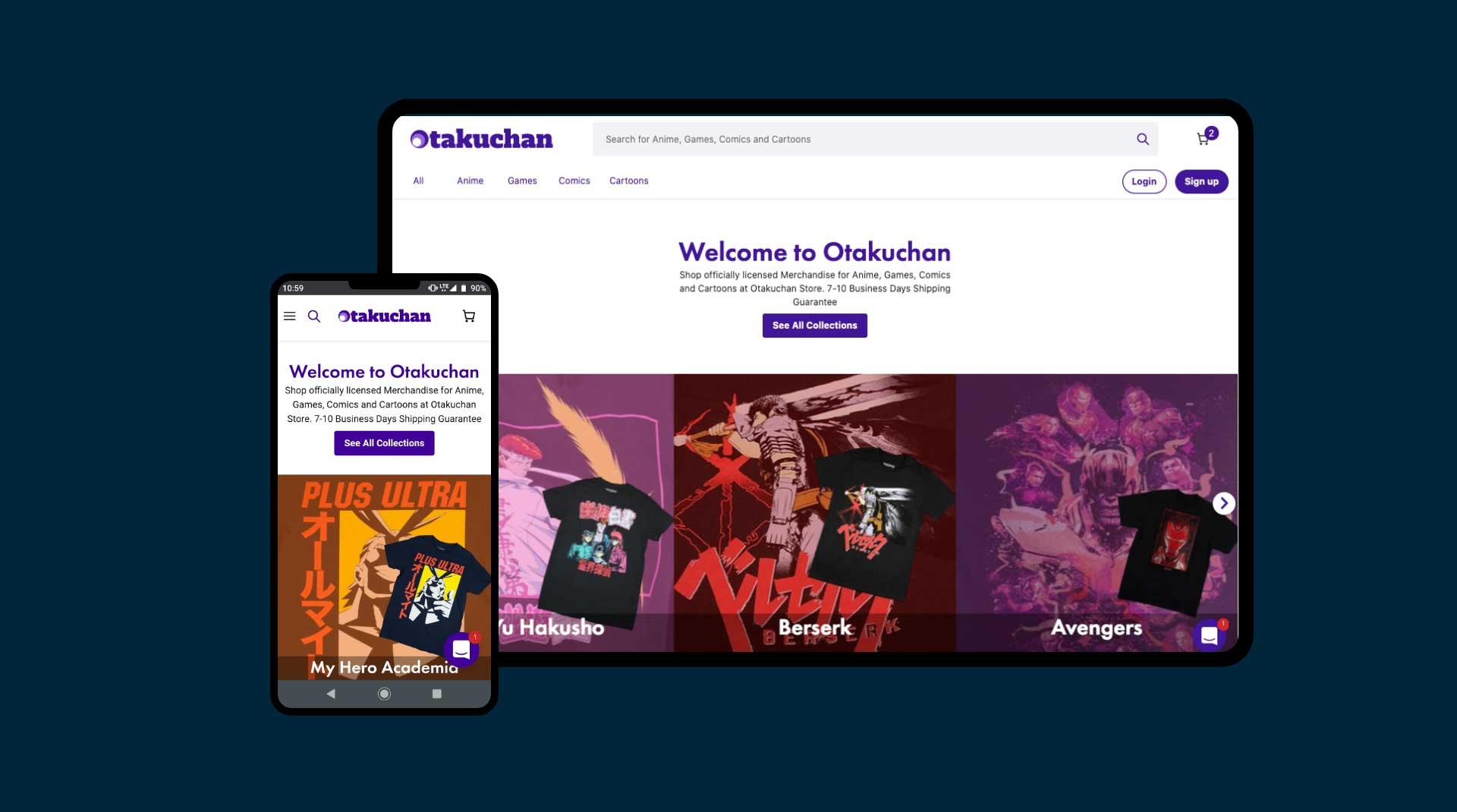 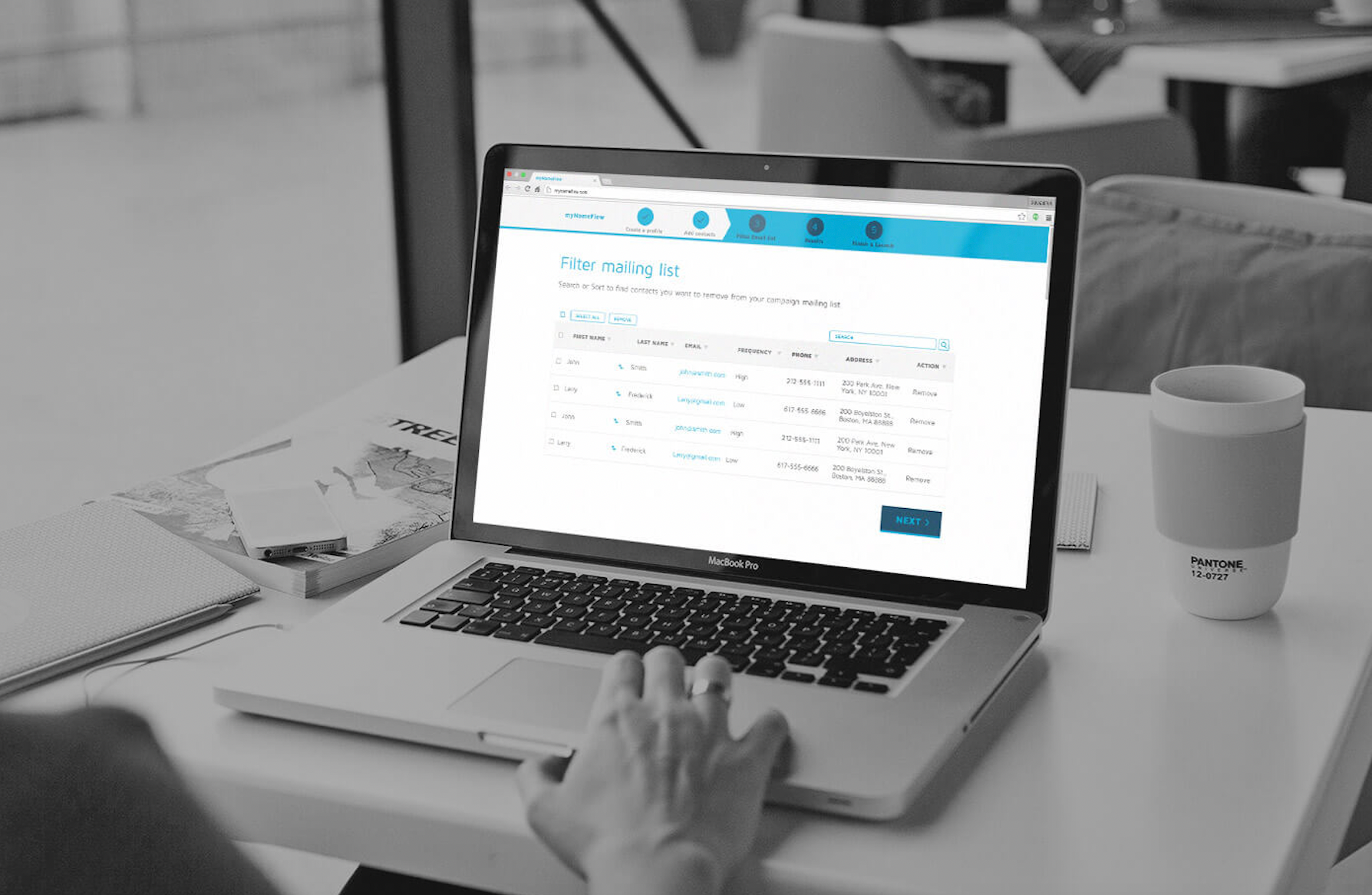 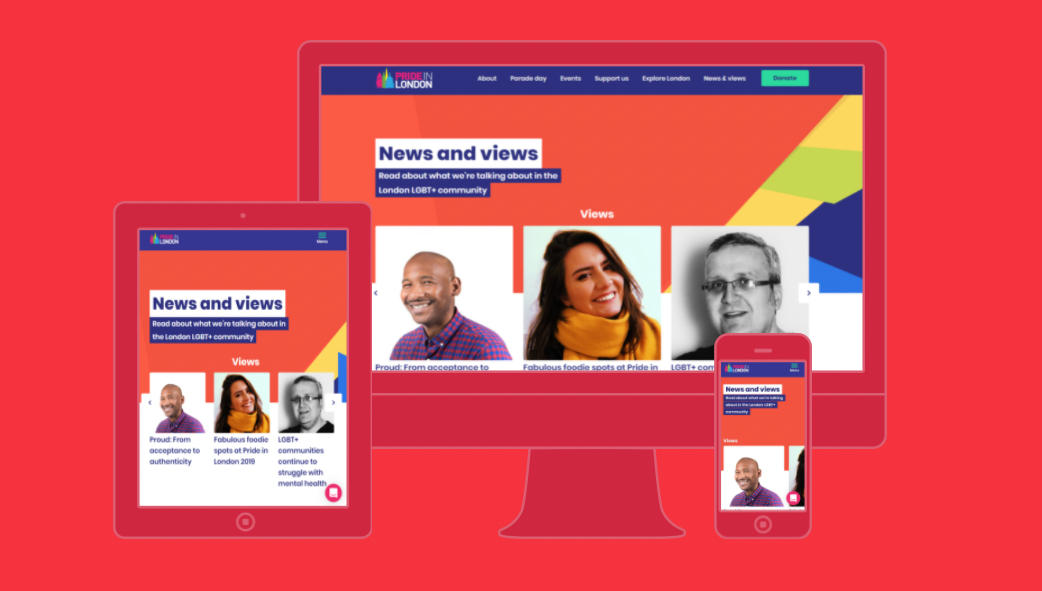 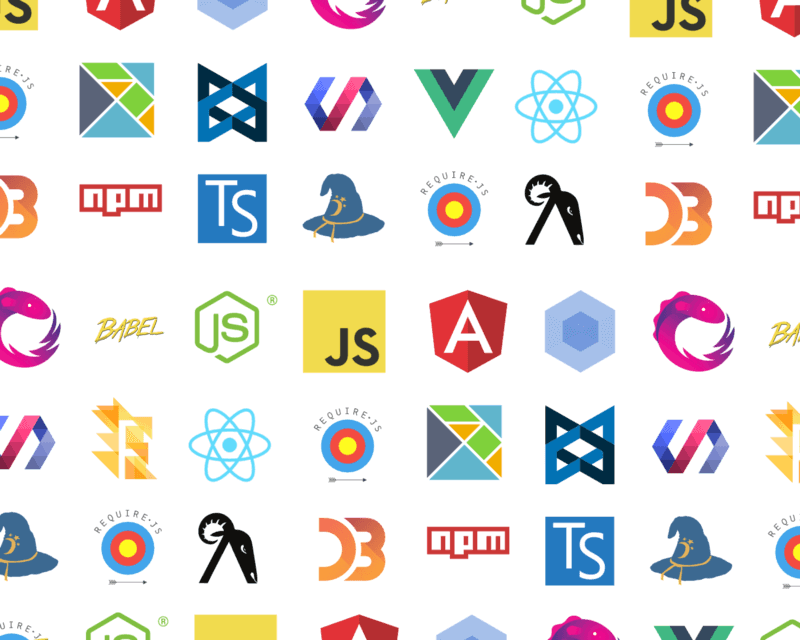